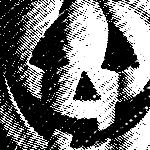 “In this by-place of nature, there abode, in a remote period of American history, that is to say, some thirty years since, a worthy wight of the name of Ichabod Crane; who sojourned, or, as he expressed it, ‘tarried,’ in Sleepy Hollow, for the purpose of instructing the children of the vicinity.” --From Washington Irving’s “The Legend of Sleepy Hollow”

Far from being the tall, exceedingly lank, narrow-shouldered, small-eared, spindle-necked character of Washington Irving’s story, the real Ichabod Crane was a robust and energetic career soldier, eventually a 48-year veteran of the United States Officer Corps.  He began his career as a Marine in 1809, resigning that commission to join the Army as a captain of artillery in 1812, and he spent the next 46 years in military assignments from coast to coast.

In the lead-up to the War of 1812, Captain John Carden of the Royal Navy, commander of the new British frigate HMS Macedonian, wagered the captain of the frigate United States, Captain Stephen Decatur, a beaver hat that his vessel would take United States if the two should ever meet in battle.*  No doubt this arrogant taunt, typical of the pompous English, didn’t sit well with Decatur’s crew, among them a young Marine second lieutenant, Ichabod Crane.

Washington Irving undoubtedly picked up the name for his famous character when he actually met the real Ichabod Crane.  During the War of 1812, Irving was serving as an aide-de-camp to New York Governor Daniel Tompkins.  Irving accompanied the governor as he inspected defenses in the state, including an artillery battery at Fort Pike, which Crane commanded and helped construct.

Ichabod Crane was born to William and Abigail Crane in 1787.  William was a Patriot, serving as an officer in the Revolution.  Although his service cost him a leg, he was made a brigadier general of the New Jersey Militia after independence was won.

Ichabod’s service as an artillery officer in the War of 1812 began defending Sackets Harbor, Maine, the United States’ chief shipbuilding yard.  On November 13, he was brevetted major for meritorious service, and in 1813, Crane took part in the capture of Forts York and George, the first American victories of the war on the Niagara Frontier.

At York, the forces Ichabod was attached to “found several hundred barrels of flour and provisions in the public storehouses, five pieces of cannon, eleven boats, and a quantity of shot, shell, and other stores, all of which were either destroyed or brought away.”  The next day, the barracks and the public storehouses were burned, and the force moved across Lake Ontario to Fort George, where that British command was successfully attacked on May 27.

Ichabod remained in the service after the war ended, and was posted to Rhode Island, then Fort Monroe, Virginia, in 1825.  In May, 1832, the Black Hawk war broke out in Illinois, and five companies from Fort Monroe proceed to Chicago, via Buffalo, New York, and the lakes.  Brevet Lieutant Colonel Ichabod Crane was placed in command of this battalion.

The six companies under Crane’s command left Fort Monroe late in June and reached Chicago in eighteen days.  At Buffalo, steamers had been engaged for the transportation of the troops, and, on the leading one, all were well on the morning of the 8th of July, but on that day the cholera made its appearance, and of the two hundred and twenty souls on board of the ill-fated steamer, one officer and fifty-one enlisted men died, and eighty were on the sick list when she reached Chicago.

The troops on a second steamer were still more unfortunate. The disease raged with such violence that the steamer stopped at Fort Gratiot and landed the men there, and of four hundred men accumulated at that post, in a short time but one hundred and fifty were left. Many who were not taken sick deserted for fear of the infection, and the dead bodies of the deserters strewed the road from the fort to Detroit.  The Indian troubles were settled before the troops were in condition to take the field, and from the losses the army suffered from the cholera this campaign has been generally known as the “cholera war.”(1)

Next came the Seminole War in Florida.  Ichabod was in command of an artillery unit, and later served as Commander of the US Army District of Northeast Florida, serving under Colonel Zachary Taylor.  General Thomas Jesup said of the campaign: “This is a service which no man would seek with any other view than the mere performance of duty.  Distinction or increase of reputation is out of the question. The difficulties are such that the best concerted plans may result in absolute failure, and the best established reputation be lost without fault.  If I have, at any time, said aught in disparagement of the operations of others in Florida, knowing the country as I now know it, I consider myself bound, as a man of honor, solemnly to retract it.”

Ichabod had an active role in Canada’s “Patriot War” of 1837.  A group of Canadians rebelled against their British masters for many of the same reasons American Patriots had revolted 61 years earlier.  This time, however, the United States sided with the British, ignoring popular support for the rebellion in the border states.  The US government did not want to risk another war with Britain, and pursued a policy of cooperation.  Crane was employed in stopping the flow of arms from sympathizers in the US northward into Canada.

In 1843, Ichabod became the fourth colonel of the First Regiment of Artillery, in overall command of the unit.  On a trip to revue companies L and M of the regiment, which were stationed at Fort Umpqua, Oregon, Crane befriended a young Umpqua boy, named Juan, and hired him as his personal valet.  Juan is buried beside Ichabod and his wife Charlotte in New York.  Final assignments included acting governor of the Military Asylum at Washington, D.C., and post commander of Governors Island, New York.

Ichabod’s son, Charles Henry Crane, became a physician, later Surgeon General of the Army, and was one of the attending physicians trying to save Abraham Lincoln after he was shot on April 14, 1865.

On the 5th of October, 1857, Col. Ichabod B. Crane died at his residence at Port Richmond, Staten Island, N. Y. He was a man of sterling integrity, with a high sense of personal honor, and, as its head, had exerted himself to maintain these qualities throughout the regiment. While preserving strict discipline in his command he was from first to last the friend and associate of every officer under him. He was tall and portly in appearance, dignified and agreeable in manner, and his house was the center of a generous hospitality. He was known to be a brave and thoroughly reliable man.(1)

* The Macedonian and United States did meet in battle during the war.  At dawn on July 25, 1812, Decatur sighted the British ship, closed with her, and an almost three-hour fight commenced.  In the end, the Macedonian, dismasted, with 104 casualties, struck her colors, and surrendered to Captain Decatur.